14
0
previous article
Games Like Masters of Mystery: Crime of Fashion
next article
New Technology and Games

In all honesty, it doesn’t really matter that it’s not technically fall (nor technically fall-weather in most areas). It’s September, and that means the hoodies are looking more inviting and the idea of sitting back in a comfy chair to play a few games, instead of spending free time at the pool, is more and more enticing. Thankfully, the gaming world is obliging, providing a whole bunch of fun things to get our hands on.

So today, we have the latest good news from Sony, a virtual world to check out, and an upcoming online MMO game that will have you pretty darn excited. Let’s go!

Sony is on fire this year, and they’ve maintained that rather well with their recent announcement at the Tokyo Games Show. What was that announcement, you ask?

The release of the PlayStation Vita TV.

This tiny, inexpensive console is believed to be in direct competition with Apple TV. The actual hardware in the system is identical to the system’s namesake, the Sony Vita, but rather than featuring a screen plus controllers, the Vita TV hooks up to your television, allowing you to play games with a dual shock controller and a much, much bigger screen! In addition to this, the system also lets you stream content directly to your television, including Netflix and similar applications.

The device is slated to launch in Japan first, with a release date of November 14th. If history is any indication, we won’t know until after that release day when Sony plans to launch the device in other areas, including the US. However, at only $100, and with 1,300 games available, the system is one to watch!

Roblox is one of the most expansive virtual worlds available to tweens and teens today, allowing players to create their own games all while socializing with peers.

So what’s so exciting about this one in particular? The creators’ single minded focus on ensuring that users have a voice in every aspect of the games’ development and growth, rather than just letting people work inside of their pre-decided rules and constructs. 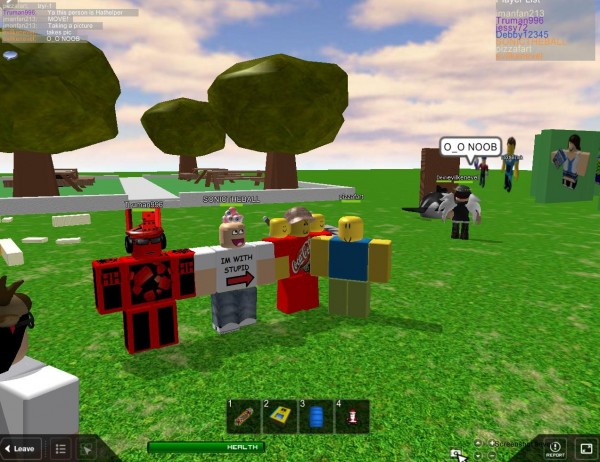 In fact, users regularly get to hold meetings with the CEO himself: David Baszucki. Every week, Roblox offers tours and tests of new games and vehicles, all while allowing the company’s guests to pitch ideas to developers. And this commitment to giving users what they want shows in Roblox’s numbers: with over 3 million monthly players, with an average of each player spending 15 hours per month on the system, Roblox is nothing to ignore.

This virtual world is available online on both PC and Mac and has a recently launched mobile app. You can play across platforms, so if your bestie is a Mac lover, you can still interact, allowing as many users as you want to play the games that you create.

And, if you’re interested in giving the company your input, you can check out their tour information here.

It’s kind of like watching a sports game going down in a movie: you really, really think that you know what will happen, but you’re still sitting there, gripping the edge of your seat and waiting with baited breath.

That’s what happened when StarCraft met its Kickstarter goal with only 30 hours to go. In fact, they surpassed their $80,000 funding target!

With over 1,566 backers, this game is set in an alternate universe and centers on the survivors of a world in upheaval. A stunning third-person MMO, the game is set to be released through Battle.net as a series of games allowing users to customize their experiences. As of press time, users will be able to play as different classes, including medic, zealot, dark Templar, high Templar, marine, ghost, and firebat. You’ll be able to customize your characters, including the weapons they use and their specific means of transportation, and the game will be playable in four different levels of difficulty.

Once the game is released, you’ll be able to play as long as you have a copy of StarCraft II, high speed internet and an account with Battle.net. Beta testing should begin either by the end of this year or the very beginning of next. Keep your eyes peeled!

So what do you think about the latest in the world of gaming? Have any new discoveries to share or thoughts about the upcoming releases over the fall and winter months? Then let us know in the comments below!