The long-awaited Disney Infinity launched August 18th, melding some of the most beloved characters of all time with the enthrallment of gaming and the unique benefits of virtual worlds. It is, in short, one of the finest examples of ingenuity Disney has come up with in recent years, and there is literally something for everybody, whether you’re still in middle school or enjoying the ins-and-outs of high school.

To start, the game (or rather system) is incredibly user friendly, separating two very different ideas: a set game and a virtual world, all with a cohesive interface. While Disney Infinity is an exceptionally fine example of everything we all love about online gaming, its foundation is basic: a toy box of your favorite friends and the endless opportunities that creative, free play allows.

The Play Sets are a lot like your favorite online games: you have specific missions to complete, with each set being based on some of the most popular movies produced by Disney in the last decade. Each character is unique in and of itself, and you’ll instantly recognize your favorite aspects of each in its distinctive avatar. Each Play Set lasts for about four to six hours, which means plenty of play time. 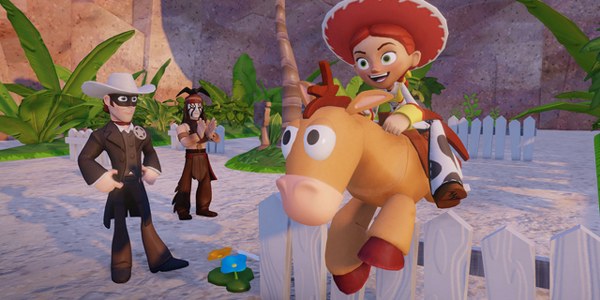 The games, and the resulting missions, are so closely tied into your favorite adventures from each franchise that you literally feel as if you’re inside of the show or movie. All in all, the Play Sets allow you to work with your characters in real life. And in each of these games, every mission you complete unlocks something amazing in your Toy Box.

And the Toy Box is exactly where Disney Infinity takes gaming to an entirely new level. In this virtual space, you get to build entire worlds as well your own games, all using any characters that you want. So if you’ve ever wondered how Sulley would react in Cinderella’s castle, or what would happen if Finn McMissile got on the Black Pearl, you can now not only find out, but decide how these characters play together. Tackling building your own spaces in the Toy Box can be a bit cumbersome at times, but all in all the interface is intuitive and easy for kids of all ages to figure out.

Perhaps the only downside is the fact that the entire experience can end up being a bit pricey: you need to purchase specific toys to unlock different games in the Play Sets, and the starter packs of toys will only get you so far. However, Disney has obviously built this to span years of fun, not creating something that will fizzle out and finish up in a few months of playing. When viewed this way, the cost for the length of games and the variances of what you can accomplish in this amazing world isn’t nearly as overwhelming as it may seem at first look. 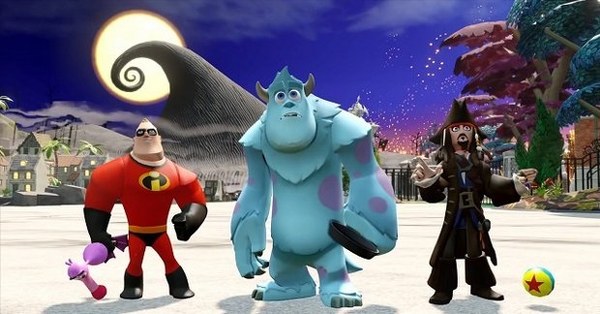 Overall, we most certainly recommend buying at least one of the starter packs and giving Disney Infinity a whirl. There is literally so much to do in this system you’re almost guaranteed to find something you love.

With Disney Infinity, you need to buy toys and gadgets to unlock games. There is a starter kit, featuring Monsters University, Pirates of the Caribbean, and the Incredibles, and then you can buy separate sets for each of your other games. Outside of the starter kits, you can also purchase characters and items separately to add to your game options. 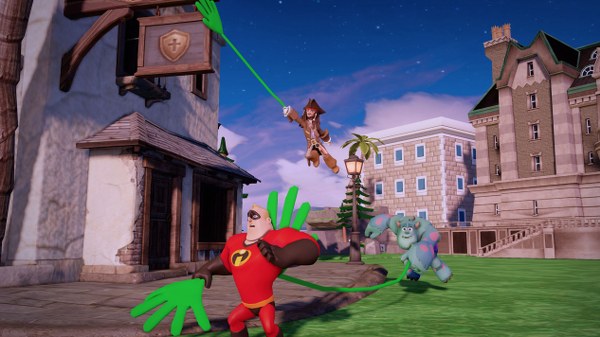 There are two separate play sets not included in the Starter Pack. These include a play set token for that specific game as well as two figurines:

Of course, you can also buy your favorite characters separately, opening up a new world of possibilities in your Play Sets depending on what world your character belongs to. These include:

In addition to all of this, you can also purchase gadgets, tools, power ups and other items for each game.

You can play Disney Infinity on your Xbox 360, PS3, Wii, Wii U, and 3DS. All in all, it’s an immersive, truly engrossing world, and one you won’t want to miss out on.

Welcome! Sims 4 Preview Released Electronic Arts recently released a 20 minute video showcasing the upcoming Sims 4, scheduled to be released on September 2nd. And based on the video, it appears that EA is planning to roll out a system similar to the Battlefield Premium service, which allows gamers to access new content early […]

Lots of changes are coming towards the end of Spring throughout the Summer. But before we get started, an interesting tidbit for all of you virtual reality fans out there. Stanford University will be releasing the original source code for the first virtual world ever created back in 1978. There’s no release date yet, but […]