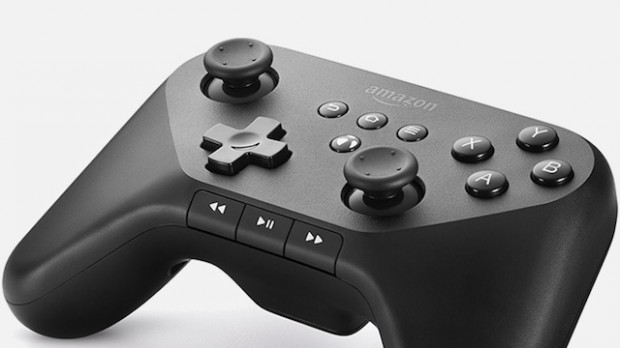 This last week has been busy in the world of gaming and technology, with a new set-top released, new games coming out, and one heavily-anticipated game being scrapped. Let’s get started!

Amazon announced the release of the Amazon Fire TV a few days ago, their long-awaited streaming set-top that handles all of your entertainment needs!

Retailing for $99, it allows you to stream television shows, movies, applications, and a selection of games directly to your television. Per typical Amazon fashion, it’s also the most powerful set-top device currently available (including the Roku 3 and Apple TV), as well as one of the most affordable on the market.

Coming in at 4 ½-inches square, it features a 1.7Ghz processor, 2 GB of RAM, and 8 GB of storage. It can stream up to 1080p, features a USB 2.0 port, supports Dolby Digital Plus, and has a dual-band, dual-antenna Wi-Fi as well as an Ethernet port.

Overall, the interface is incredibly user-friendly as well as fast. While the set-top device initially showcases only TV shows and movies available through Amazon’s Instant Videos, you can download streaming apps, including Netflix, YouTube, Crackle, Hulu Plus, and Pandora. 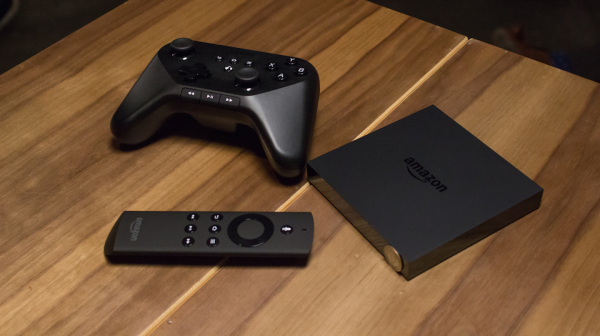 Of course, nothing’s perfect. You can’t really directly customize the system. However, Amazon does keep track of what you watch and uses that information to understand your viewing habits. The home screen showcases recently watched and favorite shows, and the system also predicts movies and shows that you might like based on what you’ve watched in the past – the more you watch, the more it knows, and the more it can tailor its results specifically to you.

And it has a voice search built into the remote control – which is typically only offered via high-end Smart TVs (think Samsung).

But enough about the shows and movies! What’s really awesome about the Fire TV is its ability to stream games.

The remote control works for basic games, but Amazon also offers a really, really nice game controller for $39.99. For many of the more complex games, you’ll need it to play.

At launch, Fire TV had over 100 games, and this is only expected to grow. Developers such as Ubisoft and EA are both working on games for the system, some of which will be exclusive. Between the controller, clear picture, and crisp audio, the overall experience is fun (although not quite as involved or intricate as a traditional console).

Current titles include Minecraft-Pocket Edition, Asphalt 8: Airborne, and NBA 2K14. A lot of the games are free, but some will cost you, averaging under $2 apiece.

The price and quality level of the Fire TV are incredibly impressive, and right now, it’s arguably the best streaming box for gaming available. Check it out and let us know what you think in the comments below!

Family Guy creators have come out with a brand new mobile game based on the exceptionally popular television series: Family Guy: The Quest for Stuff. 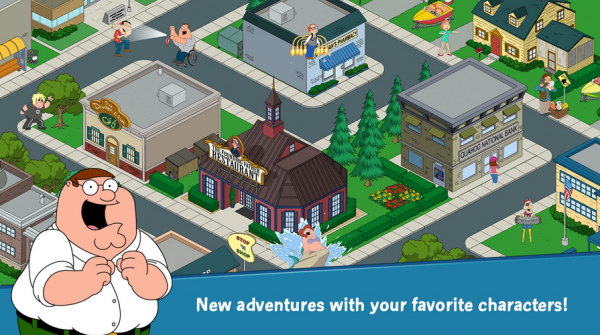 Essentially, you destroy Quahog and then rebuild it as you see fit. How does Quahog get destroyed? Peter and the giant chicken Ernie annihilate everything during one of their epic fights. As you progress, the more characters you unlock. Technically, the game is free, but not really. You can only play for a set amount of time; if you want more time, you have to pay for it.

Despite that, the graphics are stellar, the dialogue is funny (as you’d expect), and for hardcore fans, it’ll definitely be a hit. It’s currently available in Google Play and iTunes.

Green Mountain Gaming Studio has recently released the new videogame Devil’s Playground, specifically designed to be used with the Oculus Rift headset; however, you can play without one. The VR option isn’t a default setting, so you can enjoy it until you get your hands on a Rift. It’s a darker game, so not for everyone, but you can check out a demo at Oculus Rift or the official website for Devil’s Playground.

Since 2006, the developers behind EVE Online have been working on a vampire-themed MMO based on the White Wolf supernatural role-playing franchise. Fans of the virtual world and vampire-gaming junkies alike were incredibly excited about it. 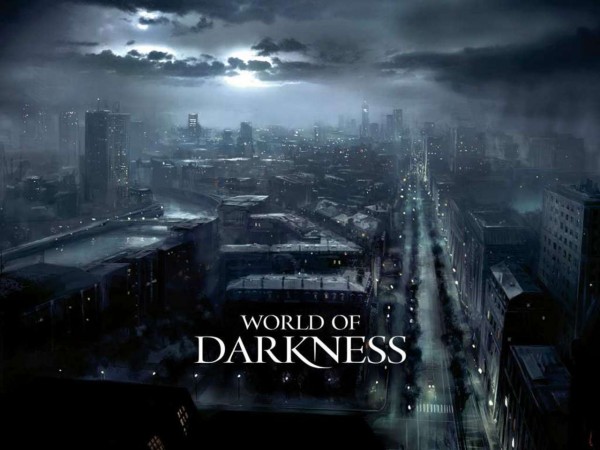 Sadly, the company has decided to scrap the project (while laying off 56 of the employees working on it). Apparently, they simply couldn’t get the game just right. The CEO has apologized profusely.

Were you looking forward to this game?